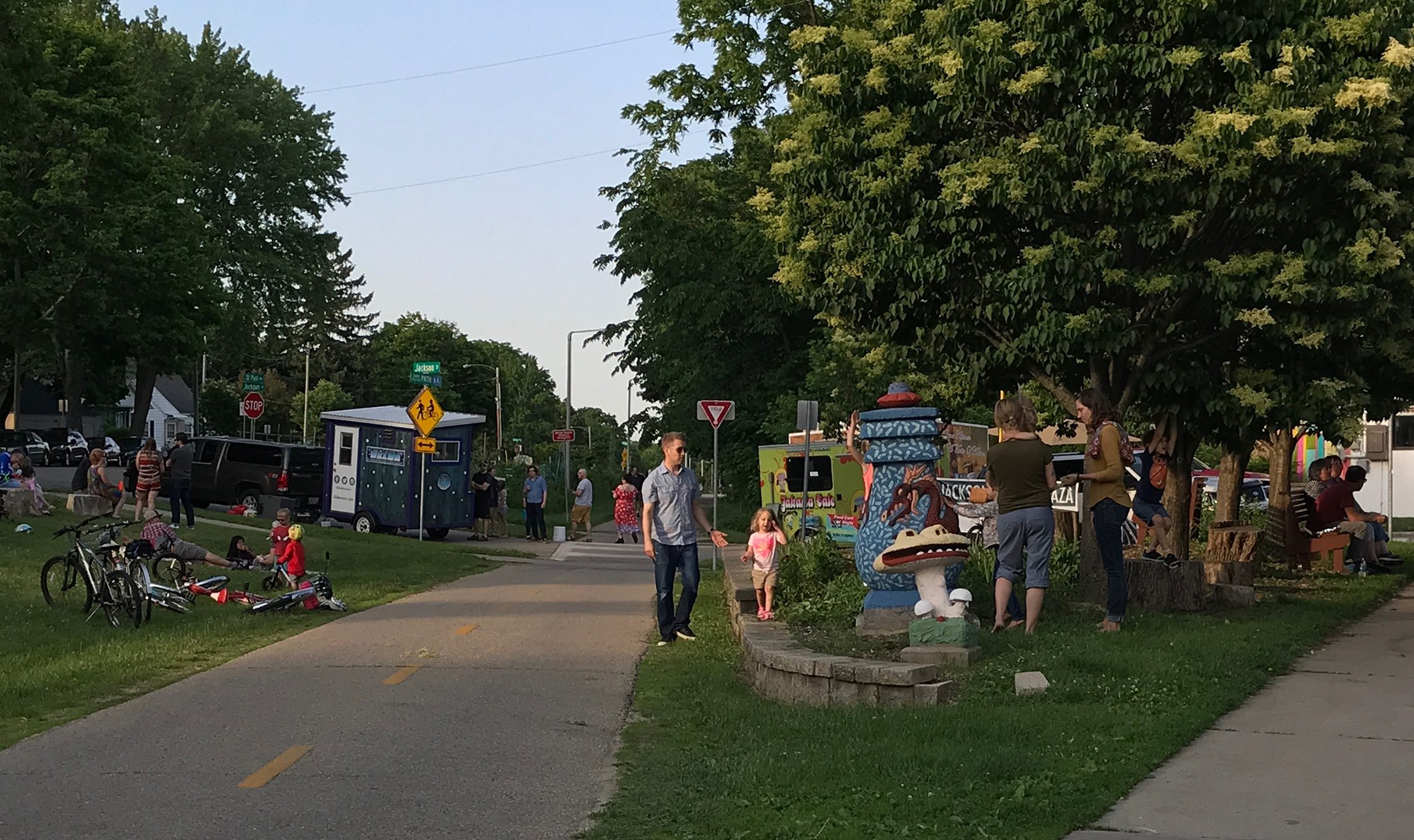 The Green Spaces committee is an ad hoc committee created in 2015 as the ad hoc Jackson Street Plaza Committee. In 2018, its mission was expanded to include stewardship of other green spaces in the SASY neighborhood, and its name was changed to reflect the new charge.

The ad hoc Green Spaces Committee Identifies green spaces on publicly-owned land in the SASY neighborhood that have the potential, through design and landscape improvements, to become community-building public places that serve SASY residents, visitors, and businesses. The Committee  coordinates a public-input process to gather feedback from neighbors and users on usage patterns and preferences for future use of the space. The Committee then works with City of Madison agencies to plan the appropriate improvements, and secure all proper permits, agreements, and approvals.

The ad hoc Green Spaces Committee does not currently have a regular meeting time. We meet as needed, usually at a cafe on Atwood Ave.

Any upcoming initiatives or projects:

The Committee is currently working with the city and adjacent property owners to bring some design improvements to the small park next to the parking lot of Monty’s Blue Plate Diner at Atwood Ave. and Division St.

Be a Member, or Renew Your Membership
Renewal Options
Scroll Up